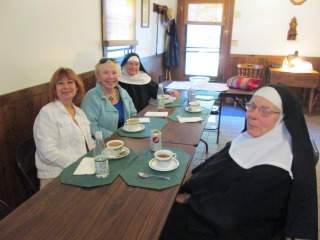 Today, we (Bridget Mary, Dotty Shugrue and I) visited Dotty’s monastic nun-friends at Our Lady of Mt. Caritas Monastery in Connecticut. Dotty has been their friend for years. She has also served as their priest, presiding at liturgies for them. The names of these women are Mother Mary Peter, 82, and Sister Francesca, 76. 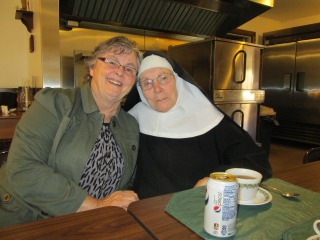 They practice the rule of St. Benedict and live on 36 acres of partially wooded land filled with herds of deer and wild turkeys. They also have a donkey named Placida who brayed for us in song after we petted her. Later, she enjoyed a quartered apple that we fed her. Their house is also filled with dogs of various sizes.

Dotty met the sisters when she was informed of some difficulties they were having with the diocese. 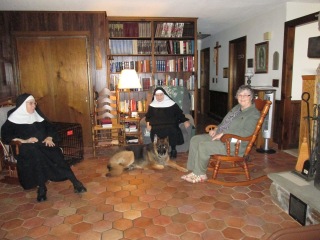 Dotty went there, introduced herself, and they became friends. They had been denied the Eucharist in their chapel by the Roman Catholic diocese, so Dotty, a Roman Catholic Woman Priest, began to minister to them as their priest. 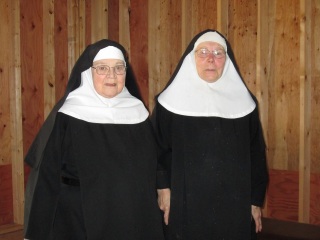 The sisters have been there for 36 years. They were recognized by the bishop of the diocese who received their public vows shortly after their arrival. Over the years, the bishops that followed weren’t eager to support the ministry of the monastery and the sisters, even though there was no cost involved.
At our visit today, Dotty brought along a delicious lunch which we prepared. Bridget Mary and I could see how endeared Dotty was to the two sisters.

After tea we began a tour of the monastic grounds. We visited the retreat center with four bedrooms. Then on to the chapel – which is a work in progress – and then to the sister’s home in which there is a cozy sacred chapel for individuals or small groups. Each of the buildings was filled with statues of Jesus, Mary, angels, St. Francis with animals as well of Sts. Benedict and Scholastica. Moreover, we noticed the various pictures of Jesus and Mary, all memories from our young Catholic school years.

Our Lady of Mt. Caritas Monastery is surrounded by primitive woodlands where one can find solitude. Here, one can also celebrate the beauty of Creation and God’s creatures as well as the spirituality of God’s presence. It is a holy ground where the sisters nourish the land, each other and Creation. The echo of laughter reverberates throughout as these strong women find strength in each other, their neighbors and friends as well as their prayerful life in the midst of seclusion and beauty.

Come here to relax, refresh and renew your soul amid the beauty of Creation. 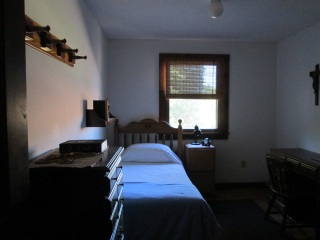 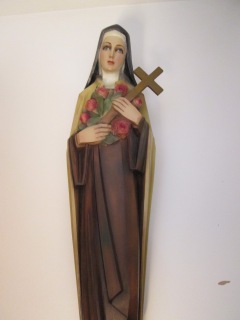