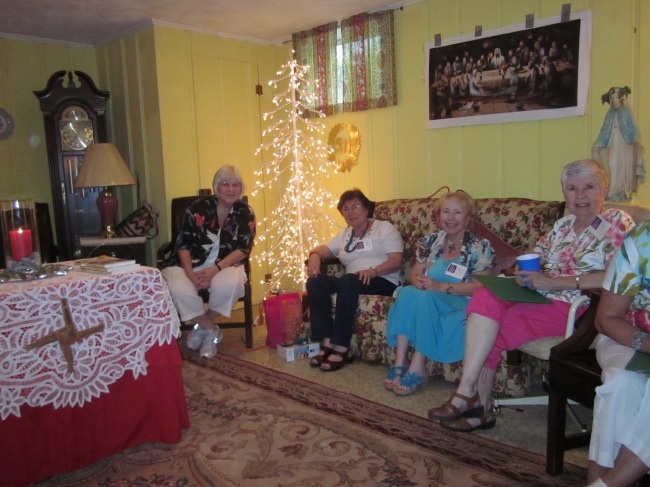 Acclaimed Latin American Theologian Consuelo Velez has written a very good article about women in the church related to the hopes of Pope Francis to find another level of service and not servitude for women in the church. She points out that the Pope is aware of theology of women and the efforts of women theologians. The only lack in this fine article is that she seems unaware of the existence of Roman Catholic women priests. As there are already two in her own country of Colombia, and more on the way, we would hope to dialogue with her and let her know that the hope for the ordination of women who are called and prepared has already happened, and is continually happening.And, perhaps of equal importance. ordained women are renewing the church, sharing with the priesthood of all believers and serving the poor and outcast as Jesus did. Inclusivity is what we learn from Jesus. The established Roman Catholic Church in later centuries moved away from what Jesus did and taught  toward exclusivity and our renewal is critical to church survival and evangelism.

The Presence of Women in the Church

Among the many “different” things Pope Francis has said are his references to women. He said that it pains him that often women’s role in the Church is “servitude” and not “service” and he has stated the need to do a “theology of women” so that the latter can hold more significant posts within the Church since “the Virgin Mary was more important than the apostles, bishops, deacons and priests, and women are more important than bishops and priests.” (interview granted on the flight back to Rome after WYD-Rio) He has also highlighted the role of women as mothers and the feminine dimension of the Church, but he has said the role of women is not reduced to their maternity, although they must not renounce it in favor of getting other roles in society.

It’s good that the Pope is talking about this because it confirms that when we women refer to the situation of women in the church, we are right and it also gives us more freedom to talk about it in the face of some of the voices in the Church who get “irritated” or think it’s unnecessary to address these issues.

How do we make it possible for women’s role in the Church to be their rightful one? For the time being, it would be very important for women’s theological work to be better known, studied, and evaluated. It’s not that there is no theology of women. There’s a lot of it and it’s very good. It’s possible that there isn’t a theology of women that is accepted by the Vatican that promotes more substantive changes and that must be what the Pope meant when he stated the need for a theology of women. In fact, when he was Archbishop of Buenos Aires, he endorsed the holding of the First Congress of Latin American and German Women Theologians in 2008 and, undoubtedly, he knows about  many other events and publications along that line.

But what is this theology of the woman that is already being done? We should highlight the Biblical work that has reclaimed the presence of women in the Bible and their role in the constitution of the early Christian communities. But there’s also work in other fields of theology such as theological anthropology, Christology, ecclesiology, sacraments etc… In these topics, the feminine face of God –so often forgotten — and God’s saving message for men and women concretely and according to their specific reality, are reclaimed. For example, it’s not the same to speak of gift and sacrifice to women as to men. In a patriarchal society such as the one that still persists, that argument has led some women to the “servitude” that Pope Francis is criticizing, denying their dignity and suffering the tragedy of domestic violence, among others. Women’s theology works to regain the dignity of women so often denied by patriarchal society and supported in some ways by a “distorted” religious view, and it substantiates that this is not God’s will but that, on the contrary, God’s plan of salvation proposes a “community of equals” where gender differences would not be the reason for the subordination of either of the genders to the other one.

Although all this seems obvious, it’s still not a reality in Church practice. It’s enough to see the ministers of Holy Communion giving out the Eucharist. There, one notices that the faithful prefer to receive the Eucharist first from the priests, then from laymen, and often, the line for the woman [minister of Holy Communion] is empty. Thus they reproduce the clerical style that impedes a Church of communion. And though many more women than men go to Church and they lead catechism and apostolic groups, their words and initiative are often not acknowledged by the ordained ministers, and real parochial councils, where the priest recognizes the voice of the laity — and women, of course — in the journey of the ecclesial community, aren’t promoted.

It has always been said that change comes from the grassroots. But in this case it seems that the roots of the Church are very passive and that it’s the will of a leader — the Pope — that is raising awareness and making us see that things could be different. In any case, change will come from working together and that’s why we have to be responsible in the face of these challenges and ask ourselves sincerely: What is the effective participation of women in decision-making positions in our local communities? How much credibility are they granted? Are the theological works of women taught in the seminaries and schools of theology? Is there enough humility to acknowledge the difference between what ought to be and the reality of women in the Church? Will we review our praxis and correct the mistakes?

This is a task we have pending in this Church we love and that needs to be renewed according to the will of God, in this specific case, seeking to make effective that in Christ Jesus “there is neither Jew nor Greek, slave nor free person, there is not male and female.”(Gal 3: 28)

Consuelo Vélez has a PhD in Theology from the Pontifical Catholic University of Rio de Janeiro, Brazil, with post-doctoral studies at Boston College. She is professor of Theology at the Pontificia Universidad Xaveriana in Bogota, Colombia.