Mr. Gary Chooses Baptism and says “Now I am Full”

When Mr. Harry Lee Gary who is 63 years old asked me to baptize him I was stopped in my tracks. My first feeling was what John the Baptist said to Jesus “I need to be baptized by you, and do you come to me?”(Matt 3: 14). I did say that to him and he shared the story of his baptism about eight years ago by a young person who reached out while he was initially  homeless. He did not feel that he was “truly” baptized nor was he welcomed into a church or faith community.  He is a man of great faith who has been worshiping with us in our Good Shepherd Inclusive Catholic Community since we had Church in the Park in 2007.  At that time he was homeless. He asked me if we would have a ministry in which people could participate as readers and if I would teach about Jesus. He became our regular Lector and he did prompt me to preach and teach about the God of Love that I know well, and the Christ who knew what it means to be homeless and poor,who chose the outcast instead of the religious leaders to hear and spread the Good News.

As we talked together he responded to my counsel to forgive and reconcile with his family. He moved in with his son and was happy to be reconciled with his whole family. In time he was fully eligible for Social Security Disability due to his severe and chronic spinal stenosis and he also got his own little townhouse through Goodwill housing, a wonderful and rare resource for the physically disabled.  He became an Elder in our church,not by age but by faith commitment and faithfulness to the Gospel.We have been in our church in a house since 2009.  He is our regular Psalm leader and he also preaches after I do when I invite “the word upon the word” of the day-in interactive homily. People who suffered as he did and overcame as he did, or those who hoped to do so, found his testimonies lights to Christ. He is my right hand in reaching out in the homeless community and mentoring our youth. The little children love him as a Grandpa.  Yes, if I needed to be baptized he is one who could baptize me!

But he convinced me that there was an emptiness within him still to be filled by Baptism and later by Confirmation with our church members. It was our church preparing for Confirmation that had prompted his opening up about his baptism. He identified with Peter “who made a lot of mistakes but loved Jesus” and chose that as his new name.  I humbly agreed to baptize this strong man of God.

Mr. Gary and I are praying before his baptism 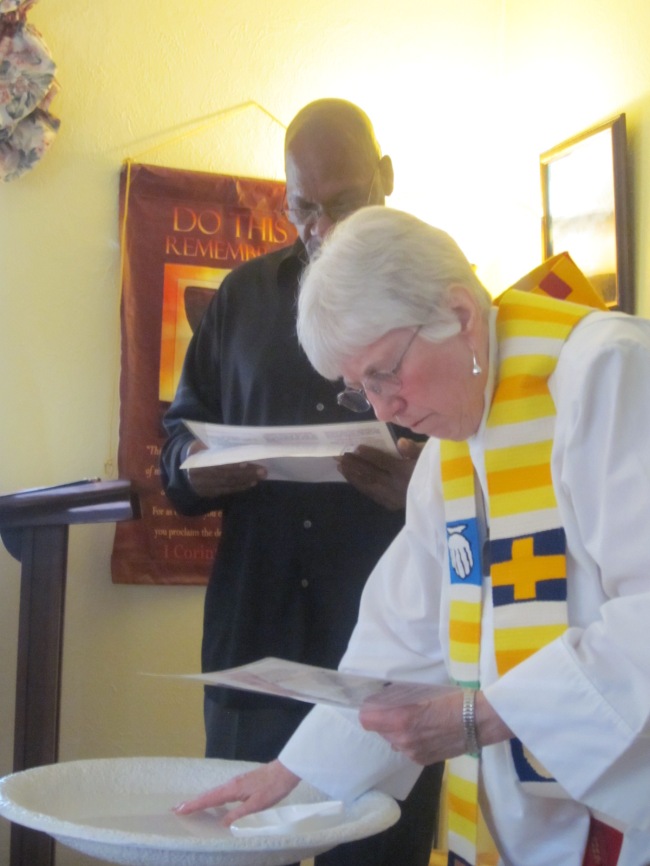 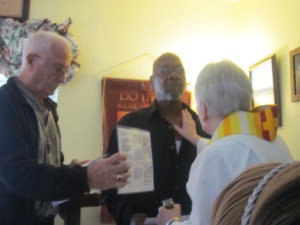 Filled With Peace and Joy

Filled with the Spirit and ready to serve!

3 responses to “Mr. Gary Chooses Baptism and says “Now I am Full””