The King Who Bore Witness to the Truth: RCWP, Rev. Judy’s Homily For the Last Sunday in Ordinary Time-11/22/15 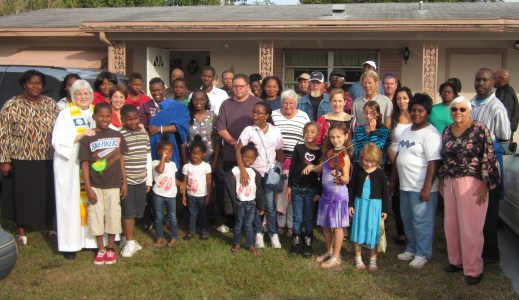 It is not often that we would associate power with truth in world leaders no matter if they are kings, queens, or presidents, chiefs,governors, mayors or religious leaders. Rather there is a distrust of leaders and of politicians,and their words. Some of the current campaigns for  Presidential candidacy in the USA are more of a side show than a seeking for truth on critical issues.  Indeed speakers in debates are “fact checked” for accuracy later and are often caught missing the mark. I think we desperately want to trust our leaders and we want them to stand for justice and the human dignity and worth of all of their people. We are not optimistic that this will happen, however.

Jesus spoke of himself as a servant and as a shepherd. He said that his kingdom, his realm, was not of this world ( John 18:36). He never intended to lead the oppressed Jewish people to a bloodbath victory against the Roman conquerers, as much as the people wanted that kind of a king.  He was about something else-truth- to reveal God’s love, justice, compassion and inclusion to the world and to take on the religious leaders who hypocritically perverted the truth with legalisms and, sometimes greed, taking advantage of the widows and children that the Law asked them to care for (Mark 12:40). Jesus wanted the religious leaders to live up to the Law with its chesed (Hebrew word)-loving kindness- for the poor and those in need. Jesus came to establish the reign of God on earth,not to reign.  He led by example, serving and healing the outcast and recognizing that the poor were fortunate to have God’s blessing.  Our people, a church of and with the poor, have no trouble in accepting King Jesus-on Palm Sunday they sing with meaning for their lives now, “Ride on, King Jesus, ride on…see his mercy and his love, ride on Jesus,ride.” Indeed only the rarest and best of world leaders would see themselves reigning in humility as servants or shepherds, as shepherd-kings and servant-kings, and as witnesses for truth instead of power brokers.

A few years back The Lion King was a popular Disney movie, adults enjoyed it as well as children. There was something Christ-like in a new young lion king, Simba, who was born to save his community, pride, of lions and did. But when Simba was a young cub, he had typical childish views of power.  He sang “I Just Can’t Wait to be King”: “I’m gonna be the mane event like no king was before. I’m brushing up on looking down. I’m working on my roar!” He saw power as dominance. He needed to learn that a “real” king would love,assist, and care for the community. Would that all of the world’s leaders would learn that basic lesson.

Jesus redefined what it meant to be a king. As the prophet Daniel saw in his dream (Daniel 7:13-14) The Chosen One would come to gather all people, of all nations, races and languages under God’s reign. And in Revelation(1:5-8) we learn that Christ has made us a “kingdom of priests”, all of us, to serve our God and our Creator.  Let us then accept our royal calling as Jesus accepted his, no matter what it cost him, and follow King Jesus,  servant leader, shepherd leader and priest leader for the reign of God’s love and justice, and work endlessly to establish God’s reign and healing in this broken world.